Last time I briefly went over how to use the alternative analog inputs on ADCs 0 to 4. It went like this:

At the time I didn't realise the full implications of that. I was working on a project yesterday and saw this: 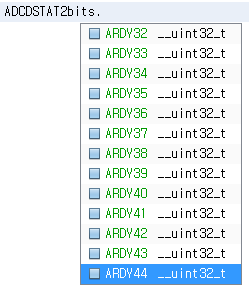 I was trying to use AN45, but there didn't seem to be a flag to check to see if the ADC conversion had completed, so I went to check the datasheet. Sure enough, I found this: 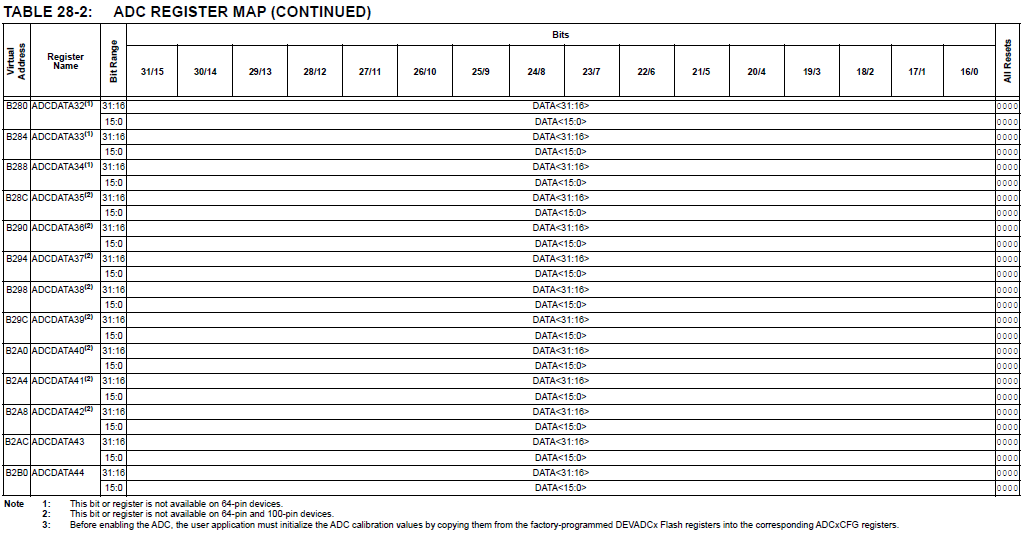 What I was expecting was ADCDATA45, ADCDATA46, ADCDATA47, ADCDATA48 and ADCDATA49, but it ended at ADCDATA44. Then suddenly I remember the pins could be used as alternative inputs and went back to look at the ADC block diagram again: 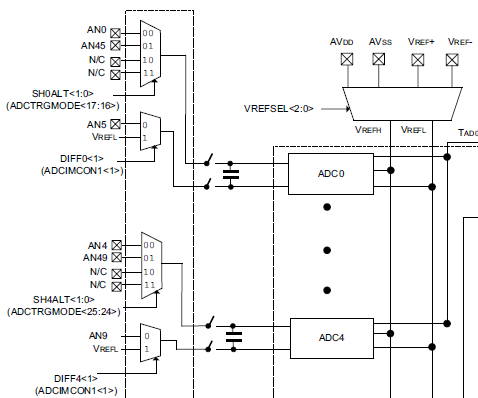 TECHNICALLY
Yes, I'm sure you could keeping setting and clearing SH0ALT to use them both but that is not what I'm referring to. I'm referring to a situation where you look at the datasheet and think you can attach signal A to AN0 and signal B to AN45 and read them in at the same time.
/TECHNICALLY

And yes, it seems obvious now but I think this is a potentially very dangerous design trap that you might fall into if you don't know about it so I'm uploading it in the hopes that someone who needs this will find it.